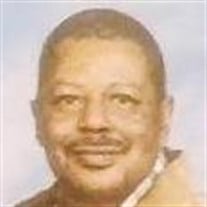 Eldos Conell Hines was born on May 12, 1956 to the late Simon Ferbee and Charlotte Hines in Virginia Beach, VA. He worked for the City of Virginia Beach (Waste Management). He had a passion for working on cars. He was a faithful Dallas Cowboys... View Obituary & Service Information

Please keep the Hines family lifted up in prayer during this difficult time!!

Send flowers to the Hines family.